Written by Carolyn Andrews on 17th April 2013. Posted in News

Elite Surgical’s Medical Director and Lead Plastic Surgeon Mr Sultan Hassan used Polytech implants on Holly. Polytech breast implants are filled with silicone gel with a very thick consistency. Due to this high consistency the implants keep their shape and have what is referred to as a ‘memory’, this means that even if the implants are squashed they will revert to their original shape.

Holly Hagan was so ashamed of her botched boobs she’d wear layers to hide them. Fiery redhead Holly Hagan is famous for getting her boobs out on Geordie Shore. But for the last 18 months Holly, 21, has  been hiding a big secret.

After losing over 2st, her breast implant flipped round inside her. She underwent surgery in early March to correct the problem and now she’s finally ready to bare all.

Days before flying to Australia to film the next series, Holly opens up about her botched boob job and why going under the knife again to reach 32FF has given her confidence to strip off for our exclusive shoot.

‘I’m ready to wear a bikini on the beach again,’ Holly says, just  three weeks after the op and  still wearing surgical tape over her stitches.

But it’s been a long and agonising wait.

‘A year and a half ago I noticed they were suddenly looking really saggy and in completely the wrong place,’ she reveals.

‘My nipples were pointing to the floor.

‘I had the boobs of a 90-year-old woman – I’ve seen grannies with better boobs than I had!

‘I was disgusted. I never took  my bra off. My boobs looked  like udders and I could grab  the implant with my fingers!’

Holly says her weight loss of over 2st in the past two years caused the change in her boobs.

‘ I remember being in the shower and because there was so much saggy skin the implant could move around.

‘It was flipping inside of me and turned back to front. It was scary. I was like: “What the hell’s happened?”

‘I eventually managed to flip the implant back round by myself, but I was too scared to touch them or do anything. I was petrified.’

Holly says the state of her boobs started to make her feel depressed, but despite an ‘excruciating’ operation she plans to make the most of the Geordie Shore Australia experience.

‘I’ll be in a bikini most of the time and I’ll feel much more confident than before,’ she says. 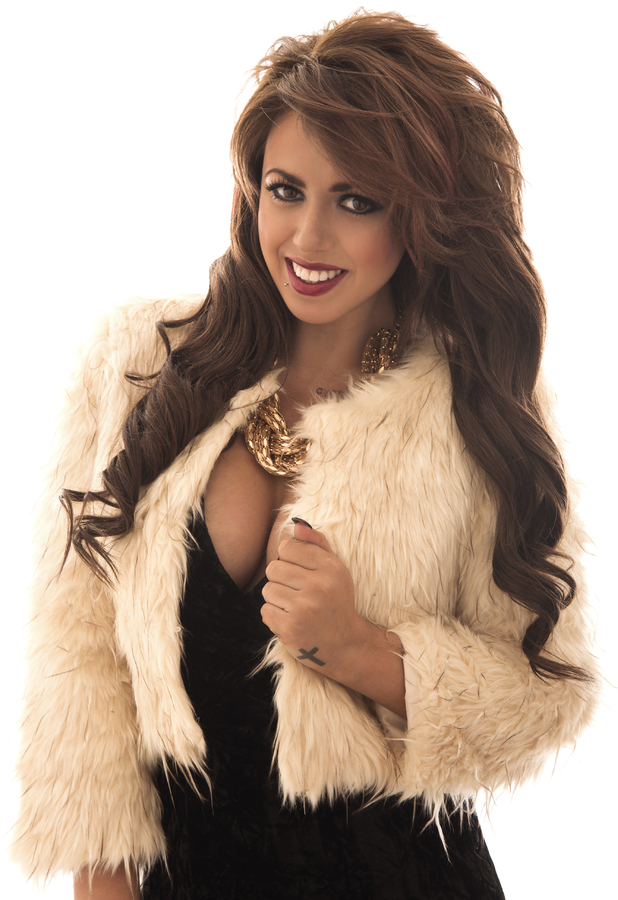