Some Lesser Known Facts About Breast Augmentation in the UK

Written by Sultan Hassan on 15th March 2018. Posted in Blog

Breast augmentation in the UK has been one of the most popular types of plastic surgery since 1962. More than 50 years have passed but many people still believe in misconceptions about breast augmentation surgery. If you are thinking about trying this procedure, then the following information will be helpful for you.

The primary purpose of this cosmetic procedure is to enlarge the breast, but proportion must be considered. There is an increasing number of women who want to undergo breast augmentation in London yet want to remain discreet; they want to stop wearing padded bras but they don’t want people to notice that they have the new fake boobs. Many women today opt for smaller implants than what women in the past tended to choose. Some surgeons are supporting this trend, explaining that bigger implants are more prone to rippling, sagging, and skin stretching. Besides, they are heavier, too.

Technologies and techniques used in breast augmentation surgery are continuously being developed, making it simpler and less intrusive. Of course, you will see scars due to the incisions where implants were inserted, but they heal faster because they are smaller than they used to be. The scars will fade a few months after surgery. 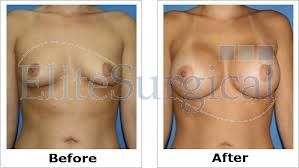 Your first breast augmentation surgery is certainly not your last. You have to replace or remove the implants probably after 10 years. Your doctor will tell you more about this.

Some experts in breast augmentation in Liverpool say that patients can resume regular (though gentle) movements as soon as the next day. Reports show that patients who carried on with their normal life recover faster. But if your regular work means carrying heavy things or doing a lot of physically-demanding activities, then you must postpone working for a while.